Lappé talks to environmental scientist and ecologist Francisco Sánchez-Bayo about his new research on global insect decline and the under-reported connection to agriculture.

In early 2019, the journal Biological Conservation published findings from a study about global insect decline that did what few such scientific journal articles ever do: It hit the front pages of major media outlets around the world. The reason? The paper found that one-third of all insect species are in serious decline around the globe and, if trends don’t improve, we could face near mass extinction of all insects within the next century.

Civil Eats recently spoke with one of the lead authors, Francisco Sánchez-Bayo of the University of Sydney, about the implications of these findings, the underreported connection to agriculture, and what we can do about it.

While the story of environmental collapse, particularly climate change, has focused on species other than humans, it has been focused mainly on the fate of “charismatic megafauna” such as the iconic polar bear. Can you explain more about why your findings about insects, animals that often fly under the radar, are so significant?

We don’t always appreciate insects. They’re small, many are perceived as a nuisance. But their role in an ecosystem is essential; a large proportion of vertebrates depend on insects for food. To put it bluntly, most vertebrates on the planet would not be here if it weren’t for insects. There’s also the function they play in aquatic systems: Insects help purify and aerate water. Together with micro-organisms and worms, they’re vital to soil health. It’s important to realize that insects essential. If we remove them, we disrupt all life on the planet.

What surprised or alarmed you most about these findings?

When we first started, we expected to see declines. We knew that from the start. I have been following the fate of bees for years and I knew that we were seeing significant declines. We had also come across a few studies on butterflies from as far back as 20 years ago that portended decline. But what surprised us was the numbers: One-third of insects are endangered. And it’s not just butterflies and bees; it’s all groups. It’s particularly [alarming] for aquatic insects and specific groups like the dung beetles.

You compiled data from more than 70 studies around the world, and you noted that most of the data in your studies came from the global North. How confident are you that this sampling is representative of global insect decline?

We looked at 73 studies, and we are now including three more that were brought to our attention since we published our first article. The fact that most of these studies are from the Northern Hemisphere is undeniable: We were looking for long-term trends, in particular, and only Europe and North America have records that go back 100 years or more.

Unfortunately, countries with the largest biodiversity—China, Brazil, Australia, for example—don’t have good studies we could rely on. There were none in China and Australia, and only one from Brazil. But the 20 percent of studies that came from regions beyond North America and Europe, Central America, Southeast Asia, etc., all showed the same problems. And the drivers of this decline are common to all these countries no matter what region we’re talking about.

Can you say more about those drivers?

It’s a combination of habitat loss, pollution, biological factors, and climate change. But if you go deeper, you realize that the biggest drivers—habitat loss and pollution—are jointly found in agriculture expansion. So, without a doubt, agriculture is the main driver of the decline of insects, more than all the other factors combined. 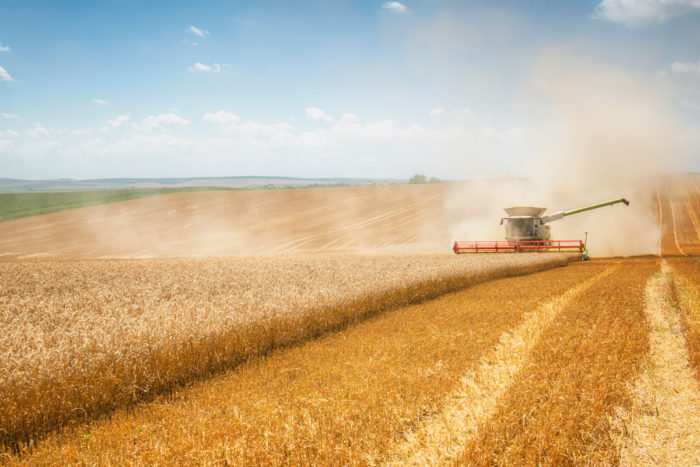 What has been the response from your peers?

We’ve received hundreds of emails, saying essentially, “Yes, you are right.” Some publications have criticized us for being alarmist. We only use the word “catastrophic” once, and we use it very carefully. We chose that word deliberately: If 30 percent of insects, the largest group of animals on Earth, are in danger, that iscatastrophic. Damage from a tropical cyclone can be characterized as catastrophic, but that is localized. This is global. This is a true catastrophe.

The paper points very clearly to the damaging impacts of agricultural chemicals around the world; considering that, what has the reaction been from the chemical industry?

We haven’t had much pushback. I received one email from someone from a chemical company. He was very polite, but said that I was unfairly blaming pesticides. [He pointed out that] there are other causes: light pollution, for instance. I demonstrated he was partially right, but mostly wrong. The fact that we point to agriculture as the main culprit and to pesticides as one of the main factors is based on the evidence, examples from the literature. Understand that our study is not an experimental study that can be subject to criticism or misinterpretation. It is based on actual numbers derived from 73 studies all over the world over 30 years. If that’s not evidence enough, then tell me what is?

Let’s talk about the pesticides that you flagged as most concerning: neonicotinoids [also known by the shorthand “neonics”] and fipronil. Why are these particularly worrisome?

These insecticides have been introduced in last 25-30 years and there are features that make them different from older chemicals. First, they’re extremely toxic, particularly fipronil: it’s the most toxic ever produced to all insects and to many other organisms. Neonics are also highly toxic. They’re also soluble in water. So when they’re applied, they don’t just stay in the place you spray or in the soil. When you get that first rainwater, they go everywhere.

Because they’re soluble, they thought they could be used as systemic pesticides that you would apply at the time of planting and because there would be no drift, there would be less impact on the environment. But the risk of drift is minimal compared with the risk to insects in water: Residues from these insecticides flow into the rivers and streams and go out the sea. We know that the waters in North America are completely contaminated with neonics and the same is true in Japan, Canada, and in many other places. All the insects in these waterways are rapidly disappearing.

These insecticides have a delayed and long-term effect, which is not well understood by the authorities that regulate them. When you apply them, they eliminate certain species, which never recover—particularly species with a long life-cycle, like dragonflies. These are the insects we’re seeing disappear the quickest. These insecticides are also causing havoc among pollinators.

With many companies using these insecticides as coating on seeds—corn or oilseed rape [canola], sunflower crops, or soya beans in North America—this problem is only getting worse. And it goes against all principles of IPM [integrated pest management]. You’re using these on all seeds. When there is no evidence that there is even a pest problem, why should a whole field be contaminated? This makes no sense from a pest control and management perspective and it makes no economic sense, either.

Then there’s the basic question: What’s the point of using them? They say they boost productivity but recent studies out of the EU show that there is no gain in yield by using neonics. We are using massively enormous amounts of this insecticide for no gain whatsoever. 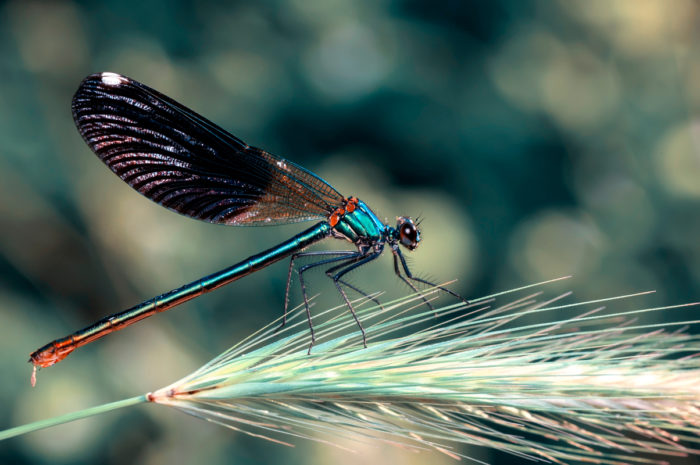 What about herbicides? You note that they’re not as toxic to insects, but they’re also really damaging.

Yes, we could have written much more about that. We were particularly struck by the studies showing the impact on wetlands. About half of all herbicides are water soluble, so they end up in wetlands and eliminate many weeds, which are an important food and breeding ground for insects.

What about the speed of decline?

Most of the declines have occurred in the last 30 years. We know that the sales of pesticides worldwide have increased exponentially in that period, mostly in underdeveloped countries in tropical areas where they spray with no controls whatsoever. Increasingly, many departments of agriculture are cutting back on the number of personnel dedicated to advising farmers on growing practices, known as extension officers. As a result, farmers don’t have pest management advice from anyone with expertise. So where do they get the advice? From chemical companies. They’re told if you have a problem, just apply this or that product. This is one reason pesticide sales have increased.

I recently met two entomologists from Oaxaca who expressed their dismay that the most recent annual meeting for professionals in their field they attended had been sponsored by Bayer, one of the largest makers of chemical pesticides in the world.

I’m not surprised. That happens everywhere.

Your study’s findings are sobering and alarming. It left me wondering, what do you think can be done to avert this impending insect apocalypse?

[Farmers] can adopt different pest-management practices. The key is to apply practical and effective solutions to eliminate pesticide use and also restore habitat across farmland. That can be done through farmer education and through policy. Governments can give incentives for using IPM to change the paradigm: Pesticides should be the tool of last resort. At the moment, many countries encourage the use of pesticides. That has to stop. Why don’t they do the same thing with IPM? Say to the farmers, “we’ll give you a tax rebate if you use less pesticides.”

I also think banning products in some cases makes sense. Certain compounds, like DDT, should be banned for agricultural use, even if it’s still allowed in certain tropical countries to control malaria. If we took the time to educate farmers and put sensible practices into place to produce food without dependence on chemicals, the whole thing would change overnight.

I would encourage everyone to read the conclusions in the paper: we cannot have monocultures covering hundreds of square miles. We have to plant trees and other habitats for insects. Biodiversity is the only thing that will help crops be resilient and sustainable in the long term and keep balance in the soil. When we [grow diverse crops], we can reverse this trend, but that means taking on a system completely dominated by chemical corporations.

This interview has been lightly edited for clarity and length.